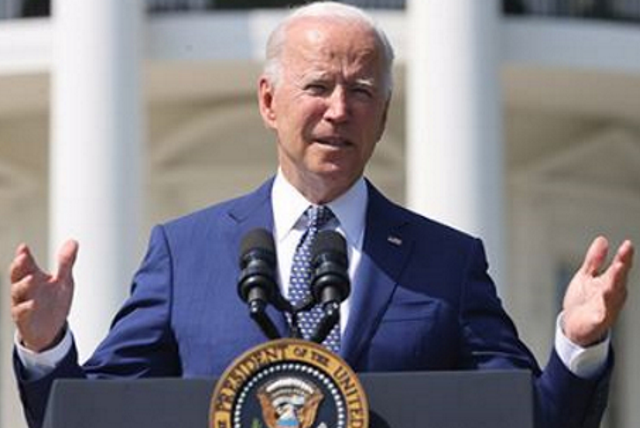 Over the coming months, the political noise surrounding US spending plans may create some market volatility, but should not distract from America’s solid economic recovery. As the recovery matures, and the Federal Reserve prepares to withdraw its emergency support, a far-ranging USD 3.5 trillion fiscal package would deliver an unusually stable investment horizon.

As the pandemic’s impacts fade, the US economy is returning to its longer-term growth path. We expect gross domestic product to expand 6.6% for 2021, 4.6% in 2022, and closer to its long-run potential of 2% in 2023. This suggests that while the best of the post-crisis growth is behind us, growth is also consolidating closer to its average over time. At a smaller scale, this pattern is visible in the evolution of consumer prices as the post-lockdown surge in spending and demand slows. Core US consumer inflation rose 0.1% in August compared with the previous month. This was the measure’s smallest gain since February, as the mechanical ‘base effects’ of re-opening hotels and airports gives way to more cyclical inflation, driven by wages and rents, for example.

These ‘normalizing’ indicators back expectations that the Fed is poised to wind down – or ‘taper’ – its emergency spending by reducing monthly asset purchases, possibly starting late this year, or early next year. As long as employment also enjoys a broad recovery, tapering would be followed by raising interest rates, beginning in 2023, perhaps to around 2.5% by 2026.

As the Fed’s support is gradually withdrawn, the US economy is set to receive a new boost

As the Fed’s support is gradually withdrawn, the US economy is set to receive a new boost. The arrival of the Biden administration in January signaled a new ambition in US economic policy with the ‘Build Back Better’ strategy. President Joe Biden’s experience of the end of the Great Financial Crisis in 2008/09, combined with the pandemic and low interest rates, left the current administration determined to reverse decades of public underspending. The country now plans the most extensive overhaul of infrastructure and social welfare in generations.

In August, the Senate approved new physical infrastructure spending worth USD 550 billion for roads, bridges, rail networks and broadband connectivity, thanks to the backing of 19 Republicans.

The approval process for further spending will not be easy. In total, the Democrats have proposed spending worth an additional USD 3.5 trillion. The bill would transform America’s social infrastructure by addressing the country’s inequalities. By many measures, including life expectancy, obesity, murder rates, infant mortality and education, the US trails every other developed nation. The bill includes tax credits, child and family support, paid medical leave and care, free universal pre-school, and climate initiatives. Senate majority leader Chuck Schumer has said the green initiatives in the bill alone could cut US carbon emissions to 45% below their 2005 levels this decade.

Proponents argue that revenue-raising taxes can pay for this by reversing many of the Trump administration’s cuts from 2017. The changes include lifting the top rate of income tax from 37% to 39.6%, plus a 3% surtax on gross income of more than USD 5 million. They would also increase corporate tax, proposing rates of 28% or 26.5%, from 21%. That compares with a 39% rate before the Trump era’s cuts. The plan also increases capital gains tax and broadens the definition of investment income. In total, taxes may raise as much as USD 2.9 trillion, which combined with estimated growth in the economy, raising a further USD 600 billion, would be enough to cover the spending proposals.

The Democrats’ narrow control of Congress, means they have a window of opportunity to pass legislation

The bill’s detractors, including former Treasury Secretary Larry Summers, argue that the spending would be inflationary, triggering a sharp interest rate response from the Fed. Republican Senator Chuck Grassley last week described the bill as “snake oil socialism,” saying it would “drastically change our way of life, expand government control of the economy and our lives, open our borders and redistribute money to satisfy socialism’s definition of equality.”

Congress is now entering a political process to hammer out the package, but the debate splits along partisan lines. The Biden administration, plus the Democrats’ narrow control of both the Senate and House of Representatives, means they have a window of opportunity to pass legislation, with or without Republican support.

The Biden administration can use a so-called ‘budget reconciliation’ process to pass the bill with the support of all 50 of the Democrats in the 99-seat Senate. Still, among Democrats, there are frictions over potential compromises. ‘Progressives’ see the USD 3.5 trillion bill as the minimum investment needed, and ‘centrists’ worry about inflationary effects and debt.

When Ronald Reagan left the White House in 1989, gross national debt stood at USD 1.5 trillion. Today, in the wake of the Covid pandemic, that figure is nearly USD 29 trillion, and counting, raising questions about its sustainability. Yet while the absolute level of debt poses some stability risk, it is now more affordable as the cost of servicing that debt as a share of GDP has fallen along with declining interest rates.

Still, Congress needs to approve any increase in spending that would breach the US’ debt ceiling, which sets a limit on the amount of money that the Treasury can borrow.

Without Congress’ agreement, Treasury Secretary Janet Yellen has warned that the US may find itself in a partial technical default on part of its debt in October. “Neither delay nor default is tolerable,” Mrs Yellen wrote on 19 September, with an “overwhelming consensus… of both parties is that failing to raise the debt limit would produce widespread economic catastrophe” of the government running out of money to pay its debt. Congress is scheduled to debate raising the ceiling this week. Republicans have rejected the request for bipartisan agreement and point to a procedure for the Democrats to push through the increase unilaterally.

The process of turning the Biden administration’s key spending bill into legislation and discussions around debt will prove noisy. The principle danger is that Democrats underestimate the difficulties in securing some Republican support, or alienate some of their own party. We expect this process to create some short-term market volatility.

We should keep in mind that eventual legislation by the year’s end would provide for trillions of dollars in infrastructure and social spending to boost an economy where the outlook for jobs and economic growth is already sound. For investors, that potentially provides a supportive longer-term environment for the years ahead. In the near term, it is difficult to see any great risk of a domestically-induced accident that would de-rail the world’s biggest economy.

The Fed advancing its horizon for a first interest rate increase, and global growth concerns, have driven the US dollar’s recent strength. If the world’s economic rebound were delayed, the US stimulus may create the conditions for another period of ‘US exceptionalism,’ and a stronger dollar. While the Congress’ stimulus debates may also further strengthen the US currency, the expected global recovery and rising US deficit should eventually weigh on the dollar.

Our investment stance continues to favor risk assets as US strength underpins the global rebound. Tactically, we underweight US equities because we believe that other regions, such as Europe and the UK that have lagged the US recovery, offer stronger growth potential at more attractive valuations.